Man, a lot of things are going really well for the NBA right now. At least 6 players are in contention for the MVP (Kobe, LeBron, CP3, TMac, KG, Dwight Howard), Golden State (8th seed) is only 4 games from 1st place New Orleans in the West, team’s are putting up insane offensive numbers (12 teams are averaging 100+ points per game), Rafer Alston is talking smack and Chris Paul is talking MUCH MORE back (seriously read this, it’s hilarious), rivalries are stronger than ever, ratings are through the roof, Pat Riley takes days off to do research for his bracket scout top prospects, etc. Point is most people either love this game or are very intrigued by the story lines.

BONZI WELLS (NOH, SF)
The saavy 31 year-old is showing he still has some game left in him. In his last two outings he has seen increased minutes and productivity. Last night against Houston his 25 points were 28% of his team’s total point output, and he also came away with 2 steals and 3 blocks in the win. As I always say, if the coach (Byron Scott in this instance) gives him more minutes, Bonzi’s fantasy value will go up tremendously. If you’re playoff positioning in your H2H is nearly set and you want to take a shot on Bonzi, I don’t blame you. I just might.

Second Best: RONALD MURRAY (Ind, SG)
Ronald “Flip” Murray has been on fire of late. Last night in particular he torched the struggling Bobcats for 22 points, 4 assists, 3 rebounds, 3 steals and a block. The 3 games before last night he averaged nearly 16 points as well. Who knows what the Pacers are doing with their point guard situation, but the one thing we have observed is that Flip is now in the starting lineup and his minutes have increased. Real estate agents will constantly tell you it’s all about location, location, location, well in fantasy basketball it’s minutes, minutes, minutes. And Ronald Murray is looking good with the additional playing time. I just picked him up in a league Mike and I are in. Sorry Mike. 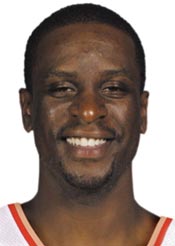 For daily fantasy basketball pickups, be sure to subscribe to our free RSS feed.